日本語 ENGLISH 中文
6歳より書をはじめ、2005年、詩と書と造形が一体化した「象詩書」を創造し、作家活動を開始。これまでに国内外で40回以上の個展を開催。2016年、G7伊勢志摩サミット配偶者PGのカップ＆ソーサーのデザインに作品が選ばれ、デザインを手がける。2017年、NYのアートフェア「SCOPE NEW YORK」内で個展を開き高評価を得る。2018年にはフランス・パリを中心に、欧州各国を巡回する日仏政府オーガナイズのジャポニズム2018関連事業「Festival AREThe」に参加。2019年には日本・ポーランド国交100周年記念展に参加し、ドイツ・ベルリンでは個展を開催した。毎日書道展２年連続「毎日賞」受賞など。
Kobayashi started to practice Shodō at the age of six, and in 2005 he created "Zou Shisho," which combines poetry, calligraphy, and painting, and started his career as an artist.
He has held more than 40 solo exhibitions in Japan and abroad, and in 2016, his work was selected as the design for the cups and saucers for the G7 Ise-Shima Summit Spouses Program.
In 2017, Kobayashi held a highly acclaimed solo exhibition at the New York art fair called Scope New York. In 2018, he participated in the Japonism 2018 "Festival AREThe" organized by the French and Japanese governments, which travels to Paris, France, and other European countries.
In 2019, he participated in the exhibition commemorating the 100th anniversary of diplomatic relations between Japan and Poland, and held a solo exhibition in Berlin, Germany.
He has received the" Mainichi Prize" at the Mainichi Shodō Exhibition for two consecutive years.

Yuuki Kobayashi is an artist, poet, and “Sho-ka” who creates and shares works of art that bestow the very power of life and shake the soul. Kobayashi’s art is unique in its fusion of poetry, calligraphy, and image.

Calling his work as "Hieroglyphic Poems”, Kobayashi is committed to continually evolving in his aim to go beyond the traditional forms while staying rooted in the ancient heritage of the traditional art form of Japanese calligraphy “Sho”. As an artist and a human being, he is continually seeking to discover new and deeper potentialities of art and words, expressed in calligraphy and life. His works reflect and are highly relevant to the current era of humanity.

Born in Saga City, Japan in the year 1980, he began his practice in traditional Japanese calligraphy when he was six years old. It was in 2005 that he had the breakthrough of uniting word and image through the medium of calligraphy. One day, upon accidentally writing a poem that looked like the wing of a bird on the page, his idea for hieroglyphic poems was born. All together, they comprise the trinity of his hieroglyphic poems that express the soul. The three aspects of the trinity being: poetry, calligraphy, and image.

The power and inspiration of Kobayashi’s work for the world today is evidenced in the many ways that his art has been able to touch people and inspire humanity to rise to our better nature even as the chaotic modern world is threatening to break us apart. In 2011, after the Fukushima earthquake, Nagoya City asked him to perform a live painting event in Nagoya Castle for the mourning yet cheering people who were victimized by the earthquake.

In 2016, his art was featured at the 42nd G7 summit held in Japan. Kobayashi's art adorned the teacups and saucers for the gathered leaders of the world's most powerful and influential countries. For this occasion, he designed an image of an origami crane composed of Japanese calligraphic letters. This represented a pray for peace saying “Peace and happiness for all”.

Kobayashi has been the subject of features in major Japanese media outlets such as Asahi and Chunichi. His work has been selected to appear in the Mainichi Calligraphy exhibition the past eight years in a row, and he has been invited to exhibit his work in the show "Art In Nagahama" in Shiga prefecture a total of six times. He has also won accolades at the International Hand-Written Character Art Exhibition. And in 2014, at the Meiji Village Museum, Kobayashi had the honor of performing a live calligraphy drawing celebrating the New Year at The Imperial Hotel, designed by Frank Lloyd Wright.

The debut of his exhibition “Crystal Verse” was in 2010, and he has continued to exhibit it in more than 20 galleries and events throughout Japan. In the summer of 2016, Kobayashi debuted Crystal Verse for the first time outside of Japan, at the Ashok Jain Gallery on the Lower East Side. His unique fusion of ancient and modern art was well-received in New York, with local media coverage and much interest in his paintings.

In 2017 he again traveled to New York City to participate in the world-famous Armory Week held in Chelsea, Manhattan. His work was displayed along with many of the best international artists in the world at the SCOPE International Contemporary Art Show. His work was a major star of the show, and many were amazed at Kobayashi’s unique skill in taking an ancient art form and transforming it into a modern context. He was also invited to present his exhibition at Ashok Jain Gallery in the Lower East Side of Manhattan in the same year.

In 2018, Kobayashi again won the “Mainichi Award“ for the second year in a row and his “Crystal Verse” exhibition was exhibited in the Ise Modern Art Museum in one of Japan’s most historic ancient cities, Ise.

Also in 2018, Kobayashi participated in “Festival AREThe”, a French-Japanese government-organized festival of Japonisme that was centered in Paris and also moved to other European countries such as the UK, Italy, and Switzerland. He also participated in the “Affordable Art Fair” in Amsterdam.

With the worldwide events of 2020, Kobayashi has scaled back his lives shows to spend more time with his young son, tend to his vegetable garden, and create new works to be shared with the world when the time is right. 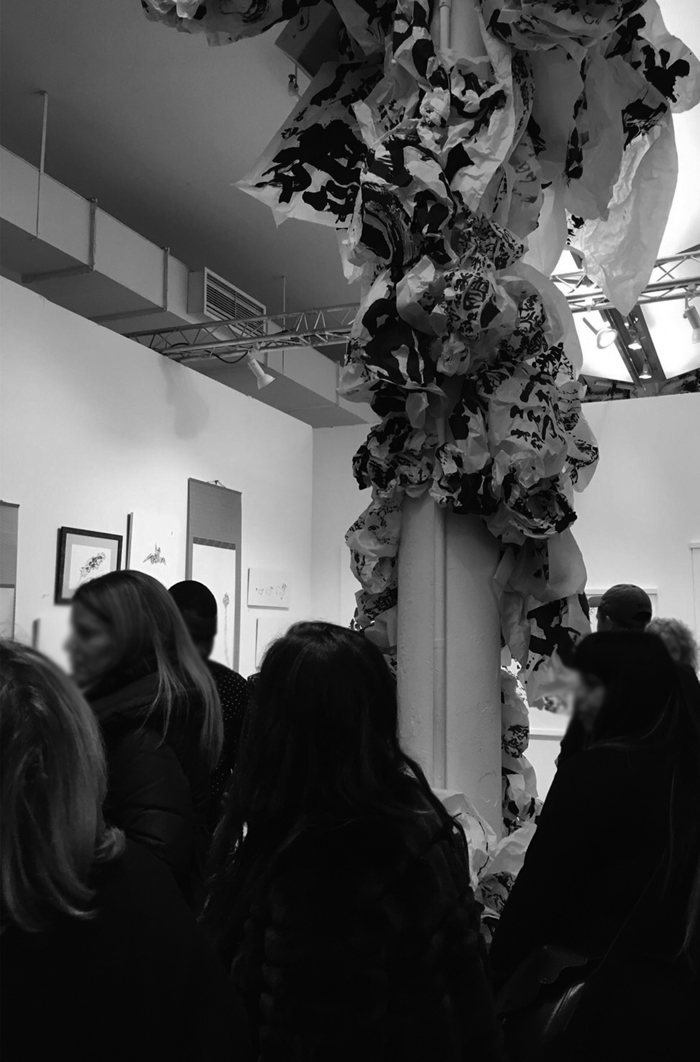 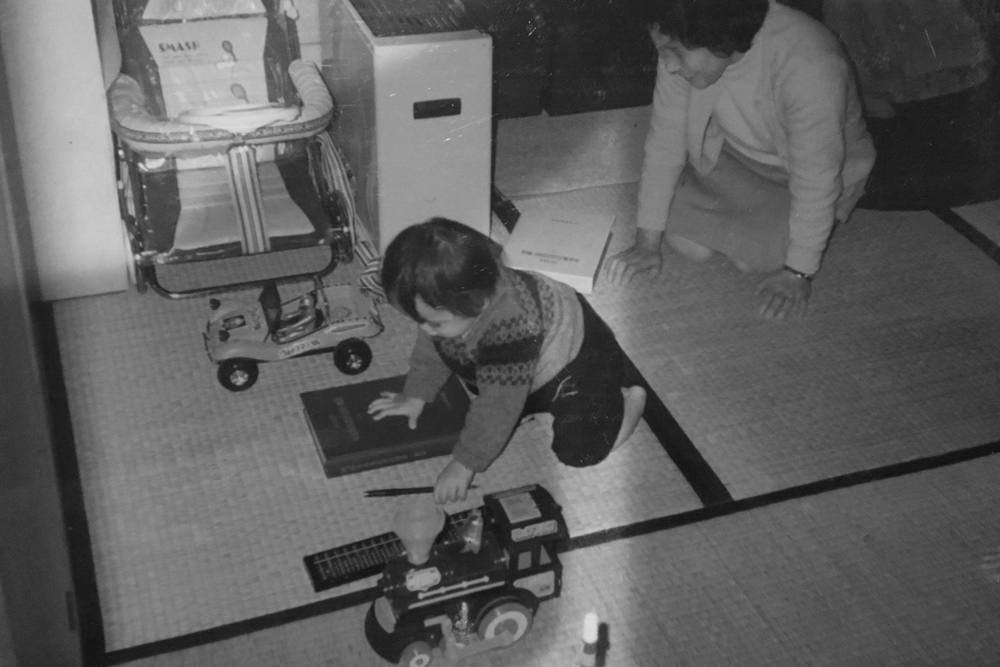